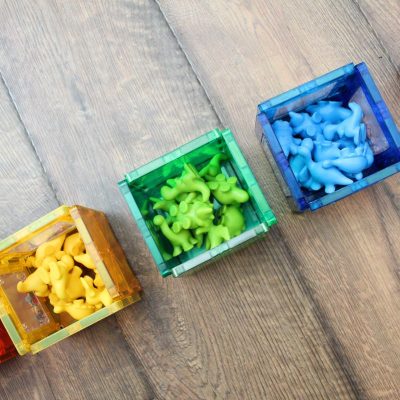 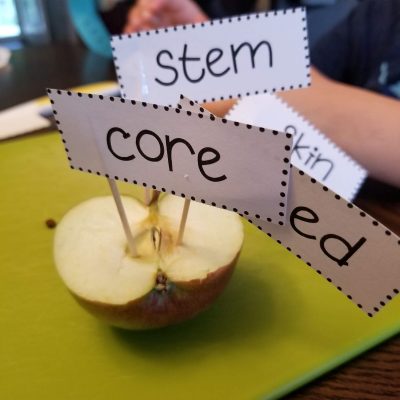 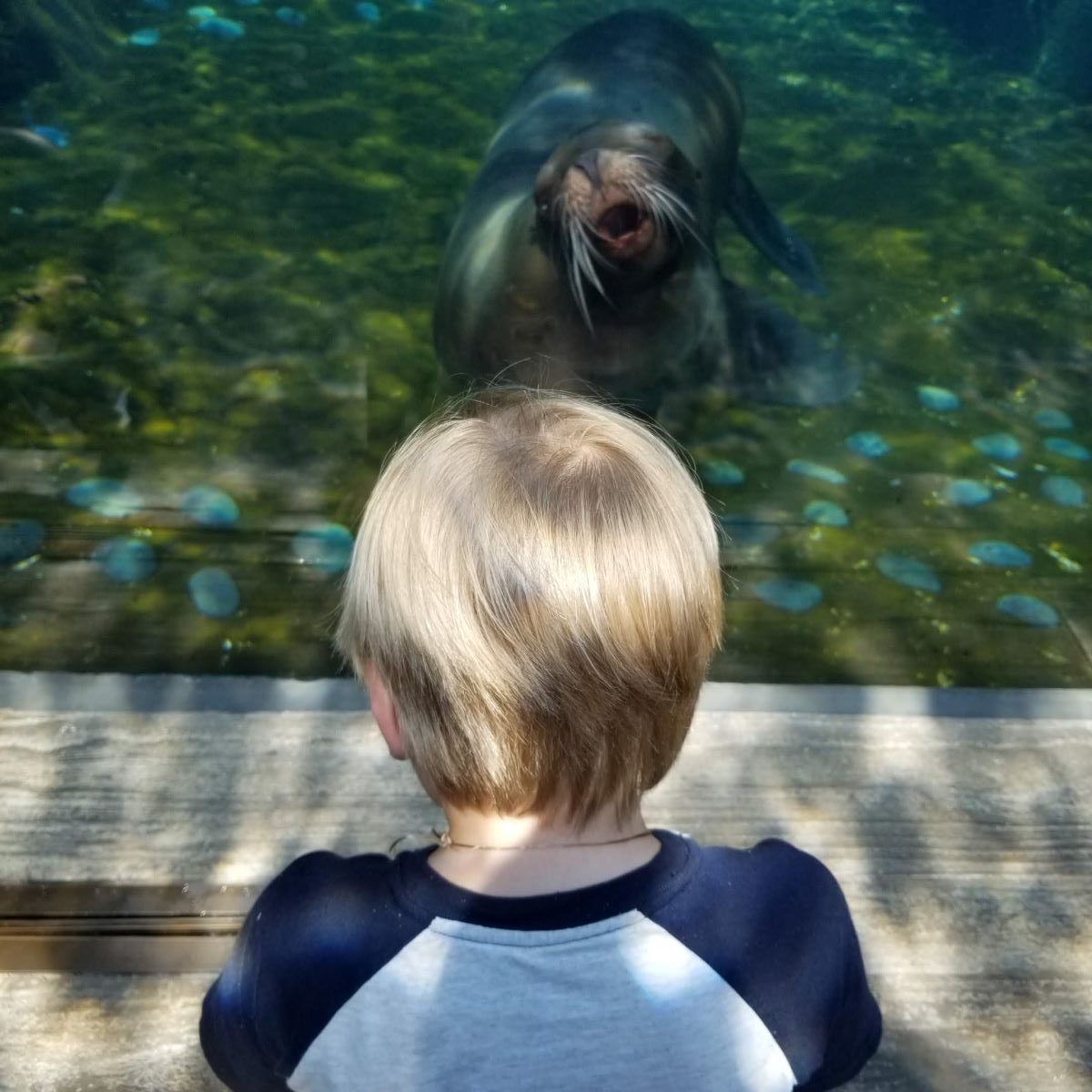 On our latest trip to St. Louis, we visited the Saint Louis Zoo twice in just 5 days, because there was so much to do!

Cost: The Saint Louis Zoo is free to enter! You can see all of the animals and play in the primate playground for free. If you want all the extras (we did), you can buy a $15/person wristband that includes unlimited rides/visits to the train, carousel, sea lion show (weekends only), 4D theater, DinoRoarus exhibit and sting ray touch station. Kids under 2 do not need a wristband.

Parking: There is plenty of parking on site for $15/car. You can also park along the side streets outside the zoo for free, but you may have quite a hike to the zoo, especially on a busy day.

Strollers: The zoo is very stroller-friendly. You can get through every exhibit with strollers, and activities all have stroller parking. You cannot take strollers or wagons on the train.

Animals at the Zoo

The Saint Louis Zoo has so. many. animals. So many! We spent 6 hours there one day, and still had a lot of animals left to see the second day. Some of our favorites:

This was one of the big exhibits that Camden was insistent on revisiting on our second day. There are 50+ glass tanks with snakes, lizards, alligators, and more. They’ve got a huge boa constrictor that you can view from the top, and then walk downstairs to get up close to it. It’s also air-conditioned.

The primates are probably the neatest part of the zoo, in my opinion. There is a monkey house – which has restrooms in it – but in nice weather, the monkeys are all outside. The monkeys climb through their enclosure, and kids (and adults) can climb through the primate playground to be at eye level with the monkeys!

The primate playground has stairs and a net climber; they both come out right at the same place and there is no other entrance or exit, so you know where your kids will exit.

There is also a winding pathway to walk – stroller friendly! – through the primates and lemurs. It’s all just such an up-close-and-personal way to view the monkeys and other primates.

When we were there, the polar bear was hanging out right by the front of his enclosure so we got to see him up close!

The penguins have a penguin walkthrough tunnel, and the glass only comes up to eye level, so it’s practically like being right next to the penguins and puffins. It’s kept at a balmy 45 degrees in there, so be prepared to shiver (but also, it feels amazing in the heat of August!).

You can view the sea lions from the top ground-level of their enclosure. But the really cool part is that they have a sea lion tunnel – exactly like shark tunnels at aquariums – where you can watch the sea lions swim right next to and over you!

On the weekends there are also sea lion shows.

There are just too many animals to mention here. There’s a neat hippo exhibit, where we saw hippos up super close.

A bird tunnel lets you walk through an old piece of World’s Fair equipment and potentially be barrier-free with some birds. Giraffes, okapis, mountain goats, zebras, and every typical zoo animal you can think of is somewhere in this zoo.

Attractions with a Cost

You can pay for each activity separately if you only want to do one or two, or you can buy a wristband for $15/person for unlimited activities. Kids under 2 are free.

Head into the stringray touch station to pet stingrays as they swim around their huge tank! The first time we went in, they weren’t super active, so we stopped back by later, and Cam ended up getting to touch a ton of them.

A carousel typical of any zoo carousel, featuring zoo animals for kids to ride on. A few of the animals do not move up and down, and there are a couple of carriages that people can choose to sit on for the ride.

The wristband gives you all day on/off privileges, and there are 5 different stops around the zoo. It’s an easy way to get from the front of the park to the back. Strollers are not allowed, but there is ample stroller parking at each train station. Be warned: on busy days, like weekends and all summers, it can be a LONG wait for the train. It was busy the first day, and Cam and I waited almost 45 minutes to get on a train, even though there were only 20 people in front of us. Because there are so many stops, only a few people get off the train at each stop, so only a few can load. The second day we were there was not busy, and there was no wait for the train.

There is a theater building that plays a 4D show. I had a hard time finding a specific schedule when we were there, and Lawson wasn’t going to sit through it anyway, so we didn’t do that activity.

Sea lion shows only happen on weekends, and we were there on a Monday and Friday, so we did not see one.

The last activity included in the wristband is:

DinoRoarus at the Saint Louis Zoo

The zoo used to have a children’s garden with a nature themed play area, but they tore it down because it got really old. They replaced it temporarily with DinoRoarus, and it had been on my list to take Cam here for a while now. It will be open until November 2022, as the zoo redesigns the children’s area.

At DinoRoarus, Camden got to see life-size dinosaurs. Some of them move their heads, and a couple even spit water at you!

There’s an archaeological site, where kids can dig for dinosaur bones and skeletons. We had to come home and recreate the experience with a Shape Dig Sensory Bin, because Cam loved being an archaeologist so much.

The dinosaur playground is a neat area where kids can balance on a dinosaur bone beam, play in a hollowed out dinosaur egg, or climb the rocks to slide down tunnels that view an underwater area.

There is also a small water play area during the warm months. Camden had a lot of fun in this area, and Lawson just kept running back to stare at the giant dinosaurs! Worth a visit, and we’ll miss it when it’s gone.

Eating at the Saint Louis Zoo

You can bring your own food in – we took our own lunches both days. There are plenty of spots – many shaded – to eat your lunch.

There are also lots of snack shops and meal places. A kids meal seemed to run between $7-10 for a hot dog or chicken strips or similar with chips and a drink.

There is also a Starbucks, but be warned: cold drinks come lidless, because clear plastic lids are dangerous for the animals. I tossed my reusable cup in the stroller and poured my cold drink into it.

The only food we bought was Starbucks drinks and ice cream. Cam had Dippin’ Dots for $4, and Andrew’s ice cream sundae was $5. The prices felt pretty similar to anywhere else you’d go.

We prefer to bring our lunch with us for three reasons: (1) it’s cheaper, (2) we don’t have to waste time standing in line and (3) the kids can eat parts of their lunch piecemeal if they get hungry early or aren’t very hungry at lunchtime.

If you’re headed to St. Louis, make sure you check out the zoo. Read about our trips to the St. Louis Aquarium and Grant’s Farm, too!