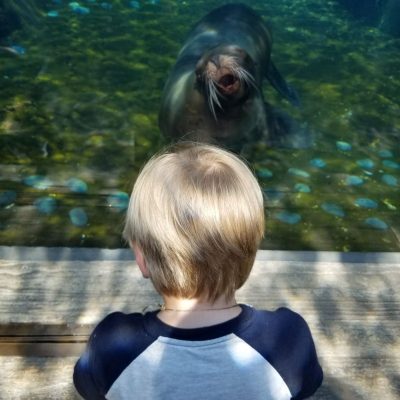 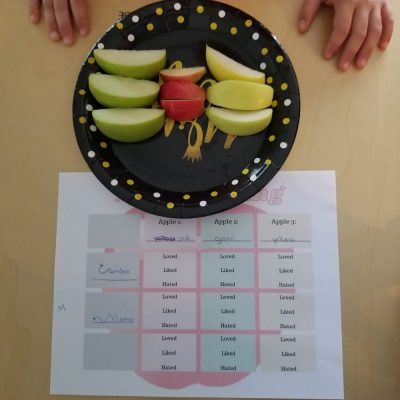 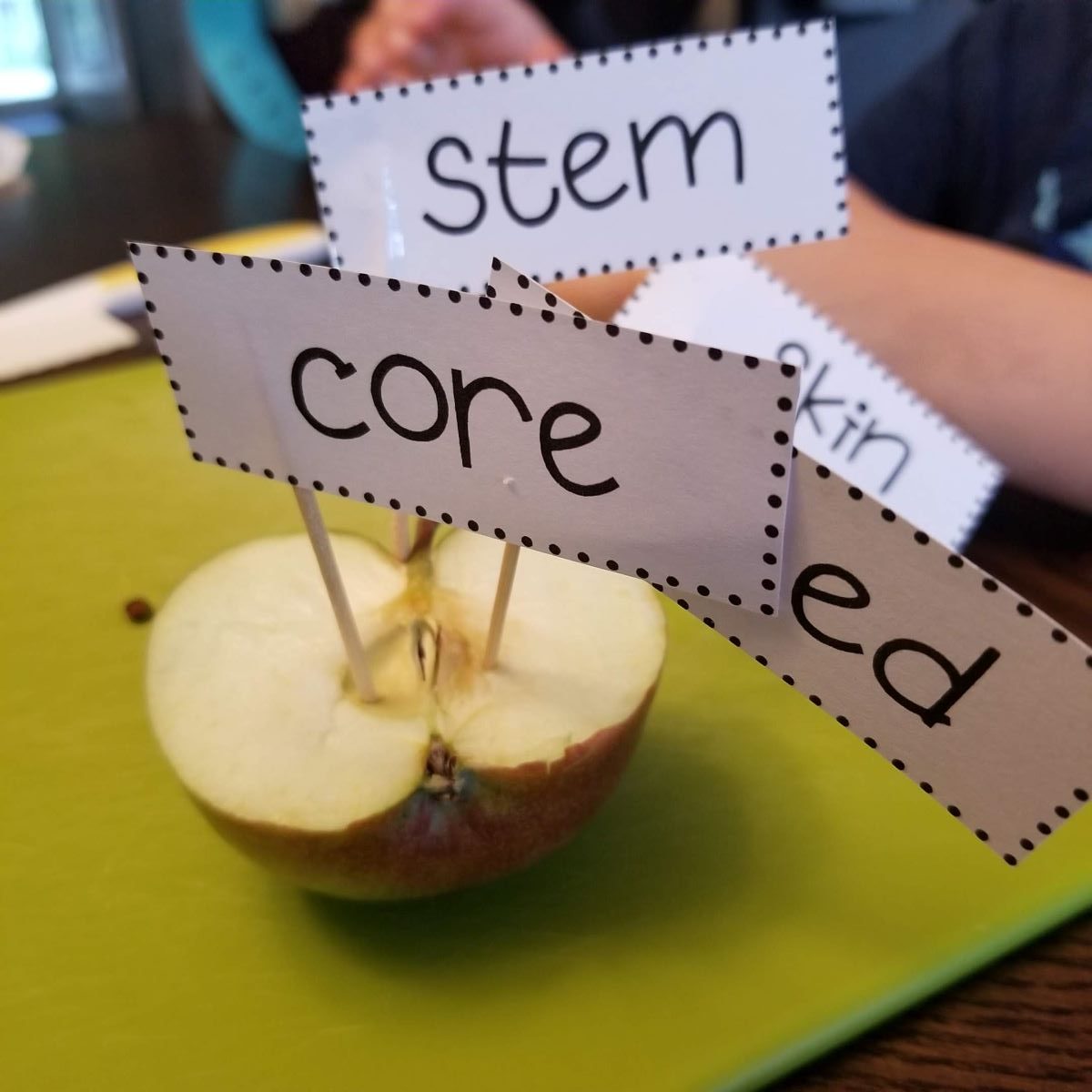 We’re starting our Apple Week by studying the parts of an apple. Here’s how we learned about apples and worked on this Apple Labeling Activity:

We read ‘How Do Apples Grow?‘ by Jill McDonald, which is part of the ‘Hello, World’ series. It’s an engaging look at how apples grow, where they come from, and how we eat them.

After we read the book, I printed off this apple workpage.

I laminated both the apple and the labels so that we could use it over and over. Click here to open and print the worksheet.

There is a page in ‘How Do Apples Grow?’ that you and your child can refer to if they forget what some of the parts of the apple are. Also, three of the four words start with ‘s,’ so if your child is not yet reading or pre-reading, this is not the time to expect them to read the words. Read them aloud and let them take the label and put it on the apple.

Print a second page of labels and cut them out.

Then tape each label onto a toothpick.

Cut an apple in half. We use these kid-safe knives so Camden can do the cutting himself. Let your child look at the inside of the apple. Don’t say much at first; just let them say what they see.

Then take the toothpicks and read each one to your child. Let them stab the toothpick into the correct apple part. Use the book and worksheet to help them doublecheck their work.

Dig out the seeds from your apple, count them – hold onto them for later – and eat the apple.

Take It a Step Further

Remove the toothpicks and give a short fraction lesson. Help your child understand that the apple is cut in half, which means two people can eat it. Tell them that 4 people want to eat the apple, so we have to figure out how many pieces we need.

Let them figure out that they should cut each half in half, and that four pieces are called called ‘fourths.’

After that, let them eat the apple fourths (or share them with you)!