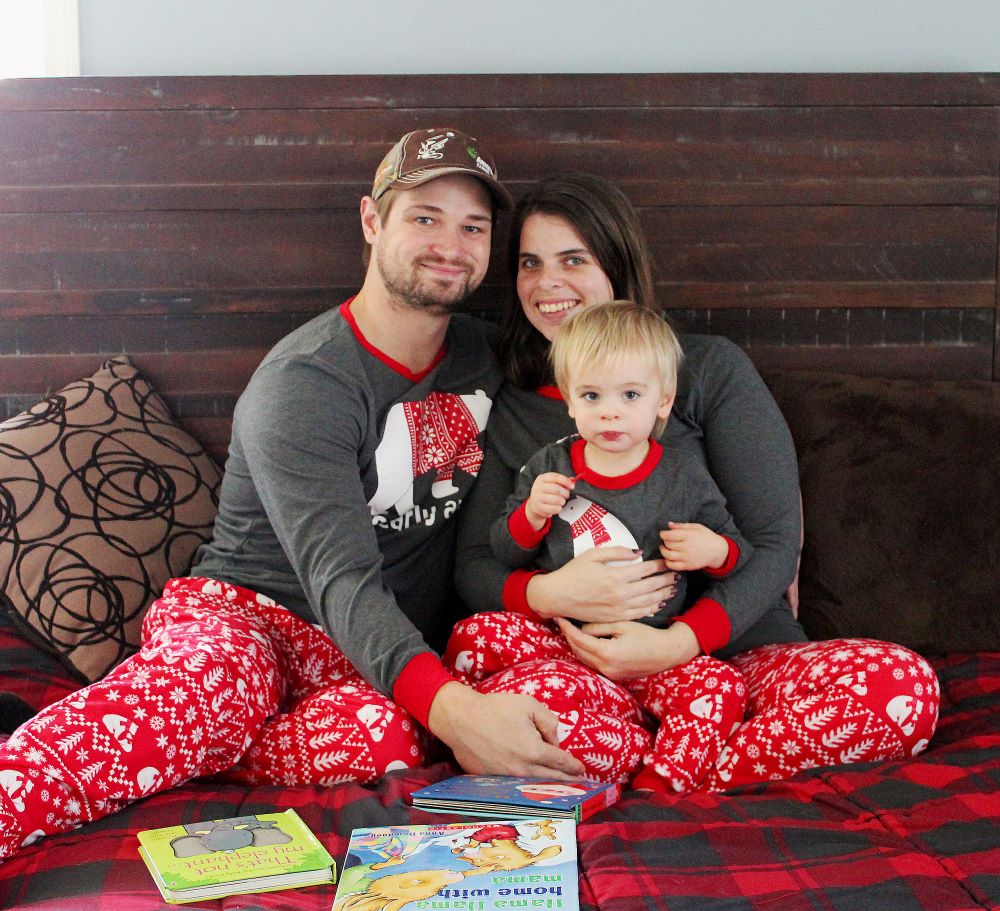 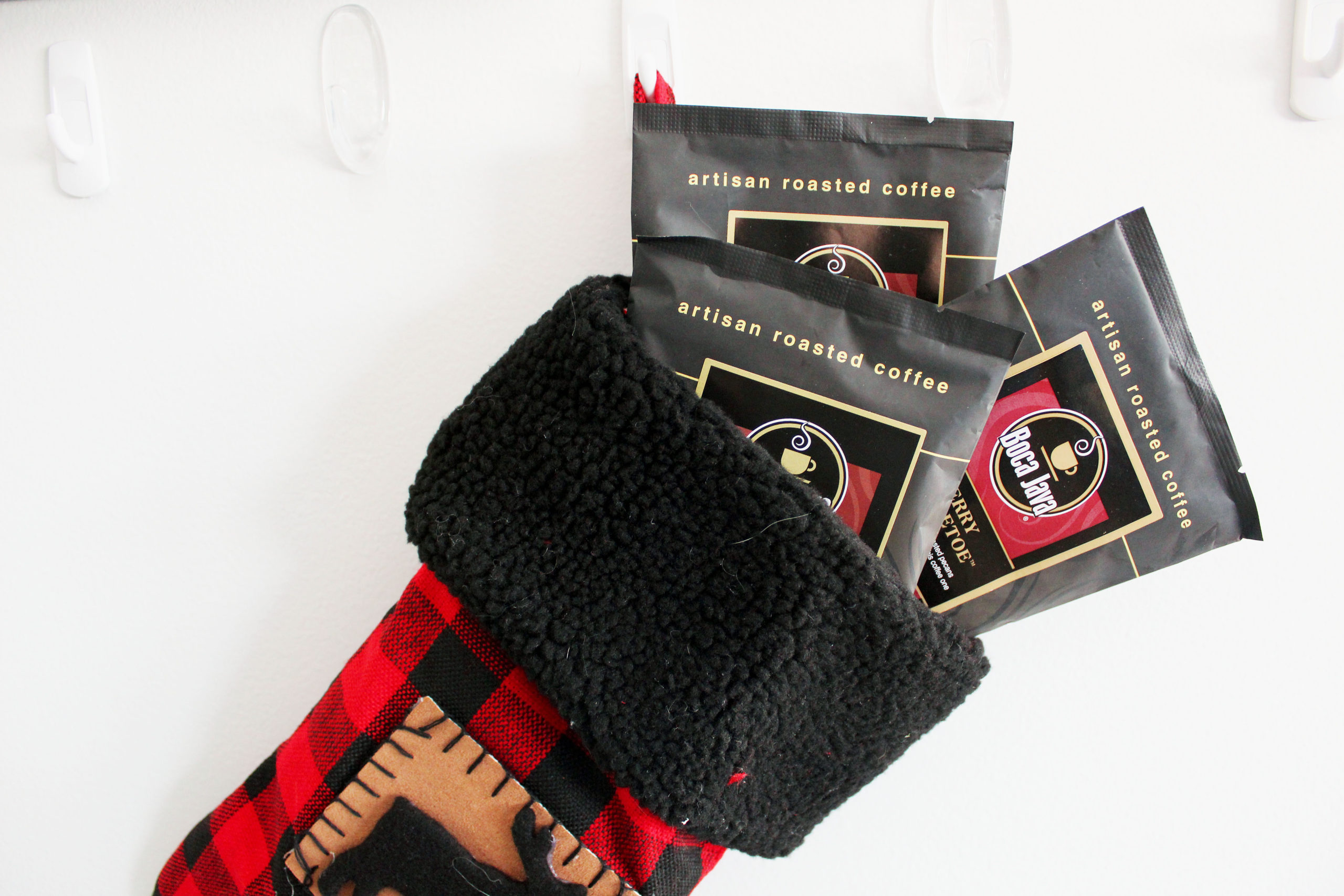 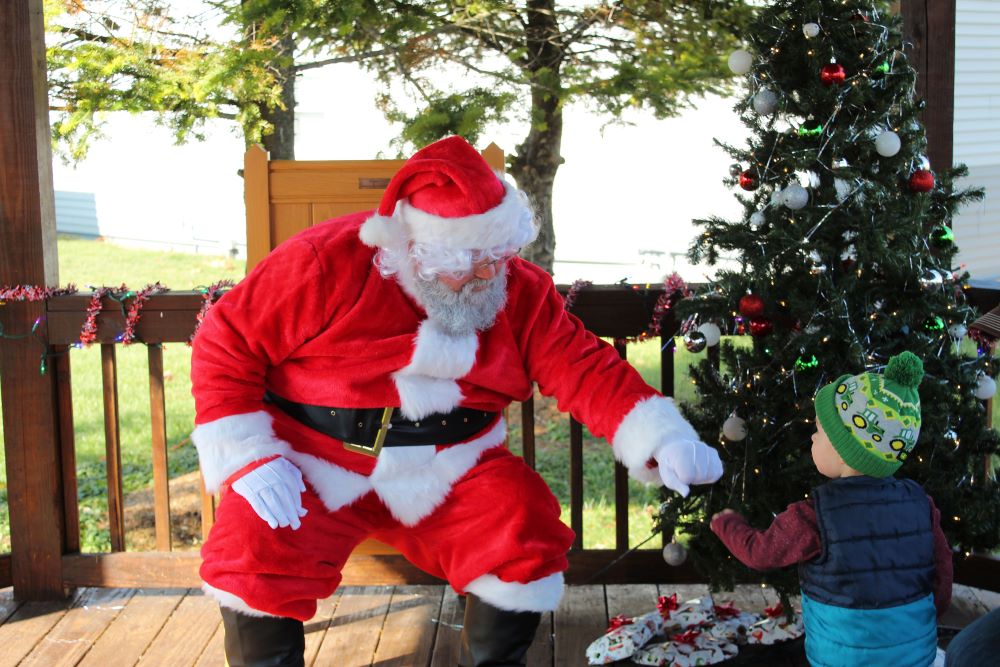 It’s naturally for kids to be cautious of people, and sitting on Santa’s lap is no exception! 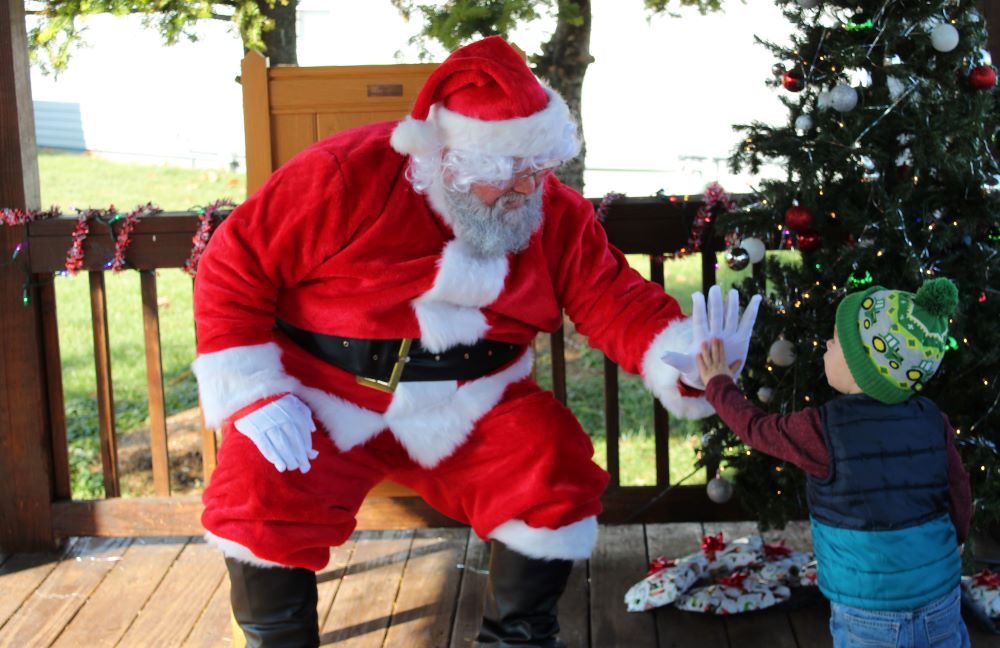 Last year, when Camden was 10 months old, we took him to see Santa. We waited in line for over an hour (never again, thank you). And when we got up to the front of the line and Camden saw Santa, he was interested. But when we tried to set him on Santa’s lap, he melted down and screamed bloody murder. He was literally the only child we heard scream with Santa that night,

Fast forward to this year. We saw Santa at a small local Christmas festival a few weeks ago. This time, Camden knew who Santa was; we’d read books and watched some videos, and he got excited when he saw Santa in them. So Andrew and I got in line with Camden, hoping for better results this year.

And guess what? We walked away with a happy kid.

But it was because we approached it so differently than last year.

This year, Andrew went up with Camden and asked Camden to wave to Santa. Camden was happy to do that, so Andrew asked him if he wanted to give Santa a high five and fist bump, which he did happily. And then he wanted to shake Santa’s hand.

He didn’t want to talk to Santa. He didn’t want to sit on Santa’s lap. And we didn’t tell him to or force him to. We didn’t make it seem weird or different that he wasn’t sitting on Santa. And now – weeks later – he still loves Santa, just like he loves Blippi and Clifford and Curious George.

Where Did the Tradition of Sitting on Santa’s Lap Come From?

I don’t have a clue, actually. It seems like no one really knows, in fact. But when you stop to think about it, it really is a strange tradition. Why do we ask (or make) our kids sit on a stranger’s lap? Some people say it perpetuates rape culture, but I’m not going that far.

All I’m saying is, if I make my child sit on Santa’s lap when he is uncomfortable or simply doesn’t want to, I’m telling him I don’t respect his thoughts and feelings. And I never want Cam to think his feelings aren’t valid and respected.

So what if Camden wants to sit on Santa’s lap on year? Okay. If he sees other children doing it and he wants to climb up there and tell Santa what he wants, that’s fine with me.

And what if Camden never wants to sit on Santa’s lap? That’s fine too. In fact, this year, he wanted to give Santa a high-five and a fist bump. But if he doesn’t even want to get close to Santa next year, that won’t bother me. Those are his valid feelings, and while I don’t want to teach him to be naturally fearful of people, I want to teach him it’s okay to say ‘no thanks. not this time.’

Do your children like to sit on Santa’s lap? 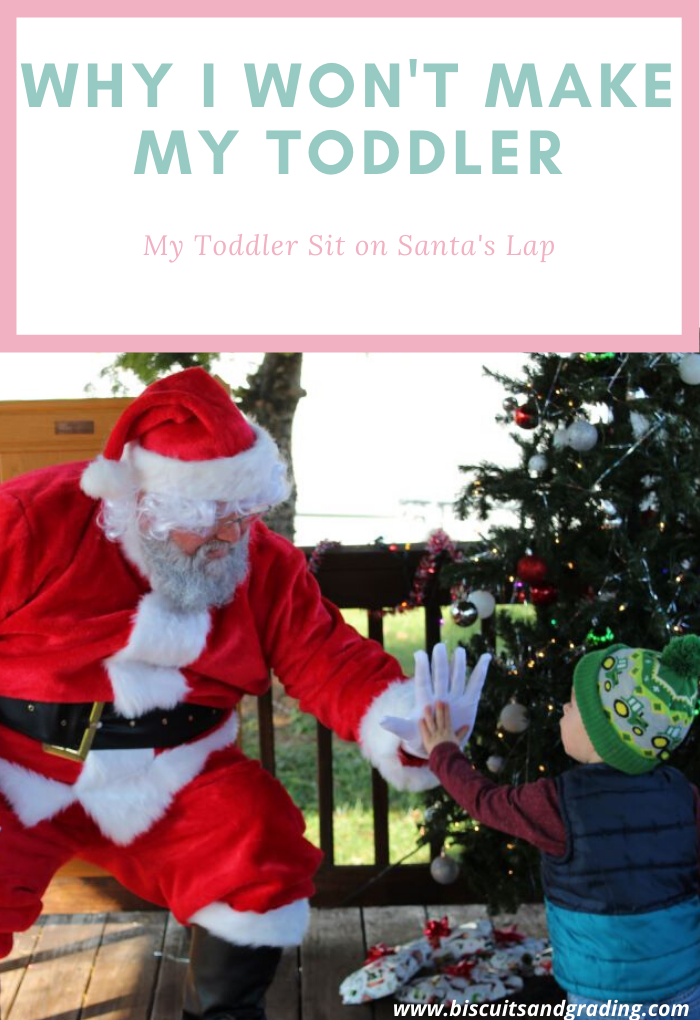