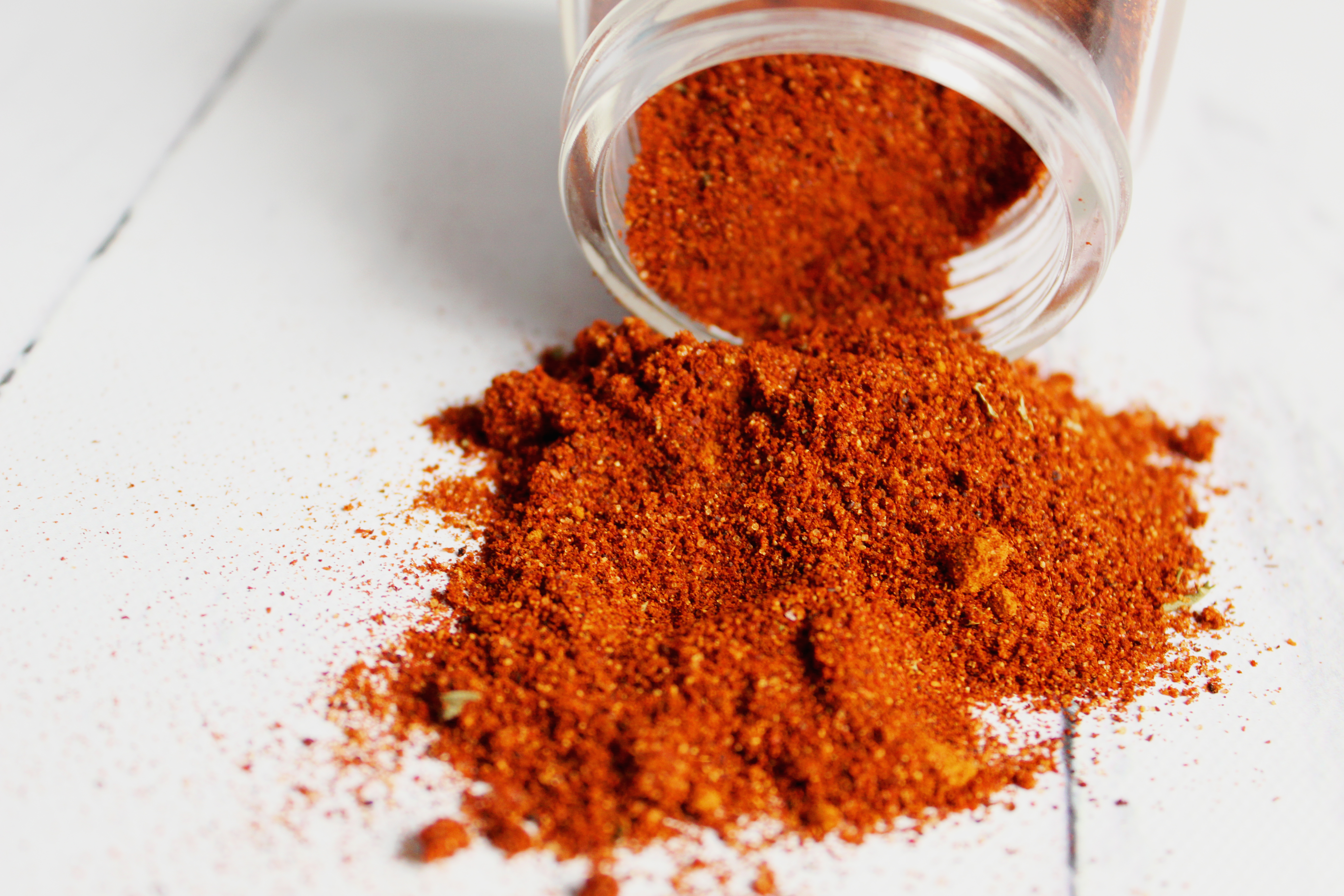 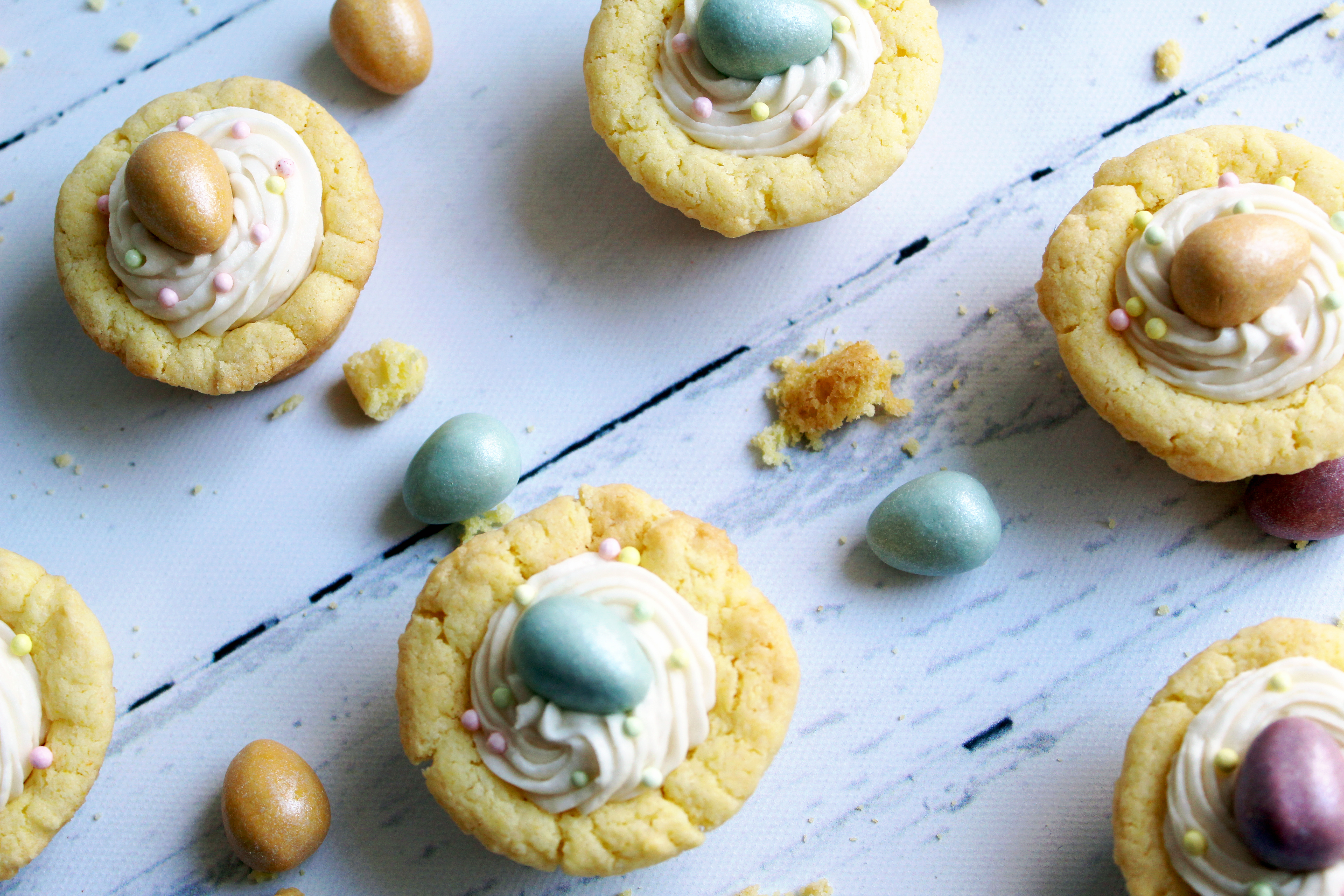 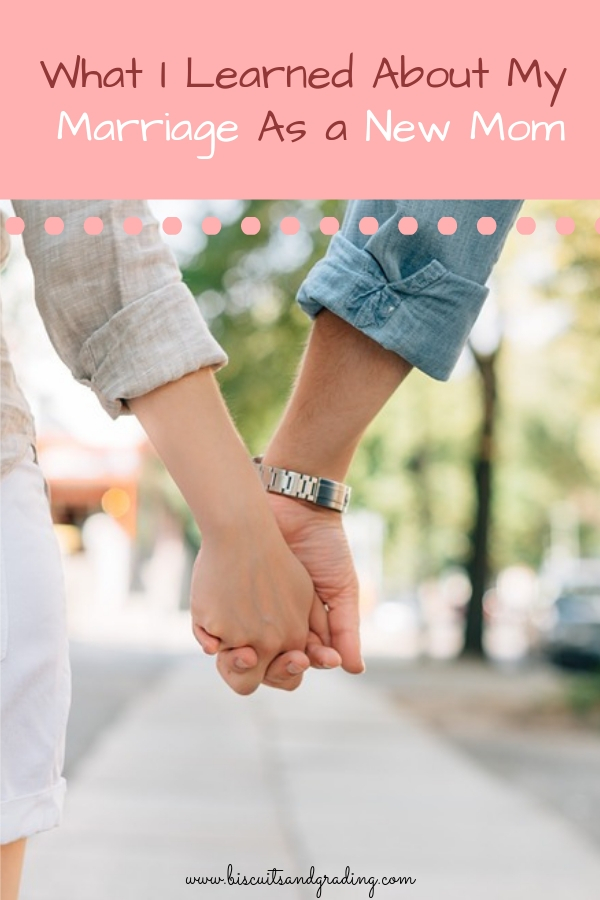 by Lisa in Baby, mamahood 6 Comments

If you’re pregnant or in the first year of parenting, you need to know that marriage after a baby is different. But the different is not bad – it’s a period of immense growth, and you and your spouse just need to be prepared to rise up and meet the challenge of change!

Being married is different from just dating, from living together, from being engaged, from anything else. It’s learning to compromise with each other, to argue smartly and kindly, and to do things for him instead of yourself.

But then, a baby is born. And marriage after baby changes again, in ways that you might not even recognize at first. I can honestly say I did not expect all of the changes that I’ve seen – and I didn’t necessarily know how to respond to them all either.

I’ve learned that, once you have a kid, maintaining your relationship can be really hard.

When you are in the throes of being new parents, it can be hard to remember how to be a good wife or husband at the same time. When Camden and I were learning to bond, he was having trouble latching, he was having constipation issues and screaming all day long, my n*pples were so sore (TMI? sorry not sorry), Andrew was trying to help but not really knowing how, and we were all. so. tired. And there was just no energy left to build (or even maintain) our relationship in that moment.

But, fast forward three months later. Camden had his tongue tie released and was nursing wonderfully, he was starting to level out on a schedule, and we’d figured out that I couldn’t have any caffeine because that caused Camden constipation and pain. Things were settling in, but now our relationship was kind of drifting, because we’d basically ignored it for 3 months.

So we scheduled a date night – luckily our parents live close by and could come babysit. We went out to see a movie and have dinner, and even though we stopped back by the house in between dinner and the movie to ease my anxiety at leaving Camden – it was so nice to get away and reconnect. We held hands without hands full of baby and baby stuff. And we talked quietly, not over a baby’s cries. And we remembered what it was like to love each other and spend time with each other.

When a new baby is first born, things are hard. But as soon as they start to settle, focus on your relationship. Get a babysitter. Go on a date. Schedule date nights after the baby is asleep. Write each other notes and stick them in your lunch boxes. Watch a weekly show together without being on social media. Hold hands. Play a game together. Listen to a podcast on your own during the day and then talk about it at night. 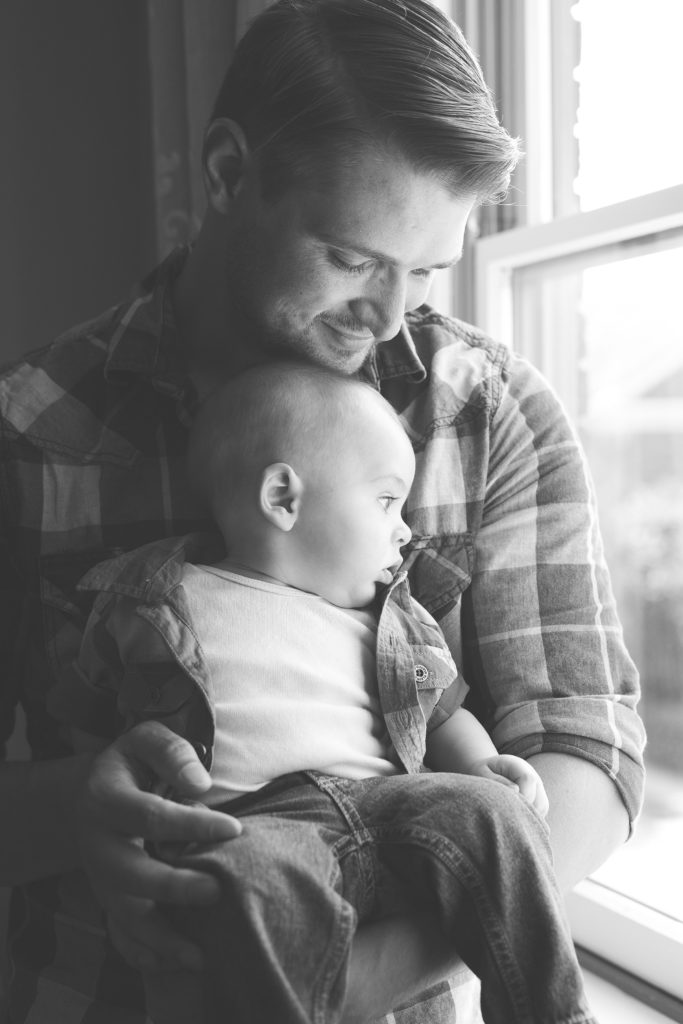 I’ve learned that, once you have a kid, you will never look at your husband quite the same way.

I know it sounds cliche, but the thing I love most about Andrew is watching him be a dad. I never imagined how much my love for him would grow when we became parents. But when I watch him talk to Camden, or play with him, or cuddle him, or sooth him when he’s upset, I just love him more and more. He has such an amazing relationship – Andrew has worked so hard to make sure we are 50/50 in this parenting role – and Camden adores him. The second Andrew gets home from work, Camden’s little feet propel him to daddy just as fast as he can get there. It’s adorable and I am amazed every day at how natural being a daddy is to Andrew.

I’ve learned that, once you have a kid, arguments that used to be huge just don’t matter anymore.

We used to have some big arguments over some really small things. And at the time, it seemed totally legit and worth the effort to argue. But once we had Camden and we put so much mental energy and time toward him, there just wasn’t time for silly arguments. So there are times that I’m irritated or bothered, but I’m smart enough to realize it’s small and in the grand scheme of things means nothing. Not worth my time.

Plus, since we are smart about our arguments, when we do disagree on something, we tend to be more level-headed about it. We actually stop and hear what the other person is saying and talk it out more. I think that also comes with marriage maturity, but having a kid to devote our time to definitely helped with perspective on arguments.

I’ve learned that, once you have a kid, priorities  in your marriage and relationship.

Before marriage, there were a lot of things we took for granted, and then there were the things on which we placed priority. Once you have a kid, those change pretty drastically.

Going out is not a priority – learning how to have a date night at home is a priority.

Having all the laundry done is not a priority – throwing in a load to make sure we all have socks and underwear for the next day is a priority.

Hanging out with friends is not a priority – making memories with our family of three is a priority.

Binge watching tv shows is not a priority – choosing one show that we like to watch together is a priority. 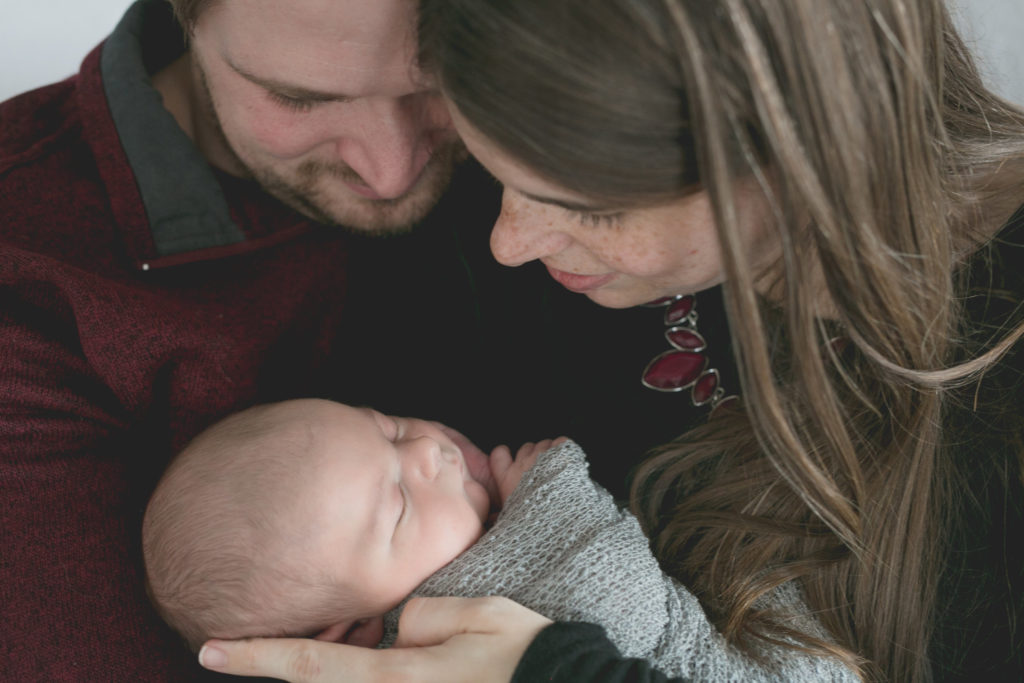 I’ve learned that, once you have a kid, your heart grows exponentially, and there is still room for everyone.

When I held my baby for the first time, my heart almost-quite-but-not-literally exploded. I cried like a, well, like a baby, because I was so in love. You literally look at this perfect human being and know your world is never going to be the same again. And when I’m deep in the chaos of diaper blowouts and toddler tantrums and a messy house, I sometimes stop just to remember how it felt.

And then, when Camden is getting tired, I pick him up and he lays his head on my shoulder, and my heart explodes again.

But never – not once – have I ever felt like there’s not enough room for my husband as well. Like I said before, I love him more than ever now. And there is room to love both of them. And, even though it seems impossible, someday, when Camden has a sibling, there will be room for that sweet baby as well.

I’ve learned that, once you have a kid, marriage gets better than ever.

Marriage after baby is so different. We are busier than ever. It’s hilarious to think back to before Camden was born when we thought we were tired. Sometimes our exhaustion is overwhelming now. We have to work hard to find time to spend together, just the two of us.

But it is – honestly – better than ever. We laugh more than ever, because we have a third little clown making us smile. We’ve learned to slow down (because let’s face it, toddlers move like sloths). The simple things are more appreciated, because we get to watch Camden discover them all. We have dance parties in our kitchen every night. A baby can either push you apart or bring you closer together. In our case, we are closer than ever and more in love than ever. Marriage is good, God is good, and life is awesome. 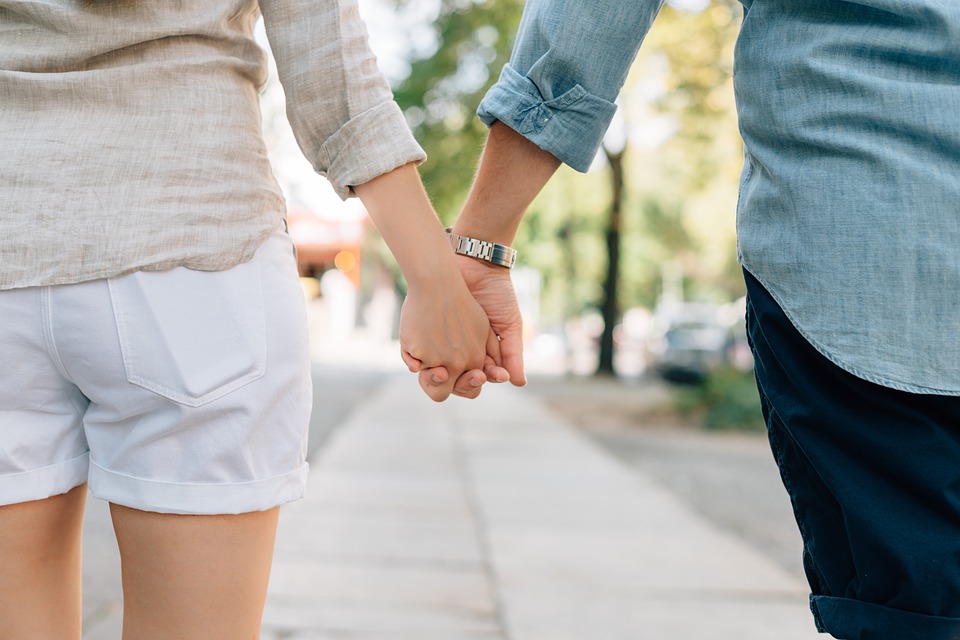 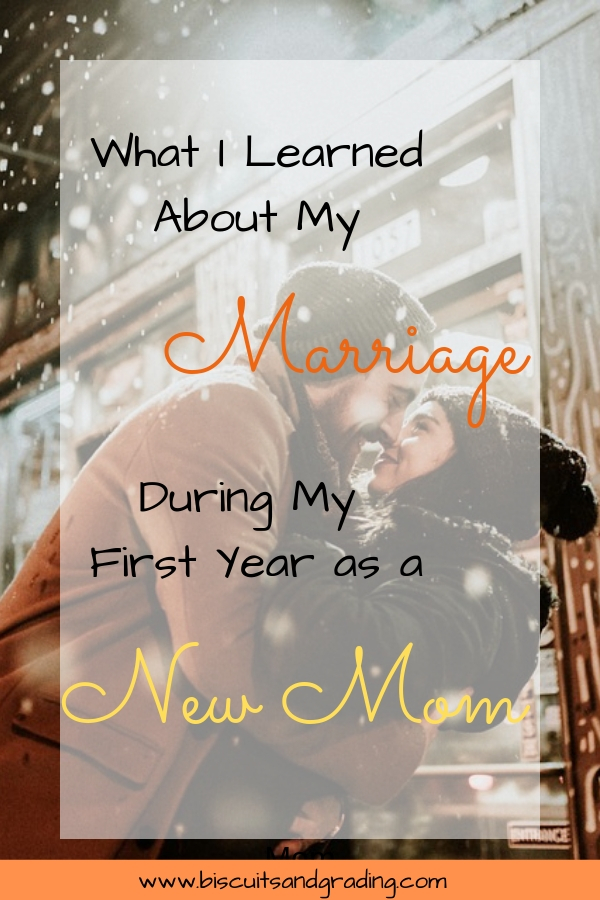 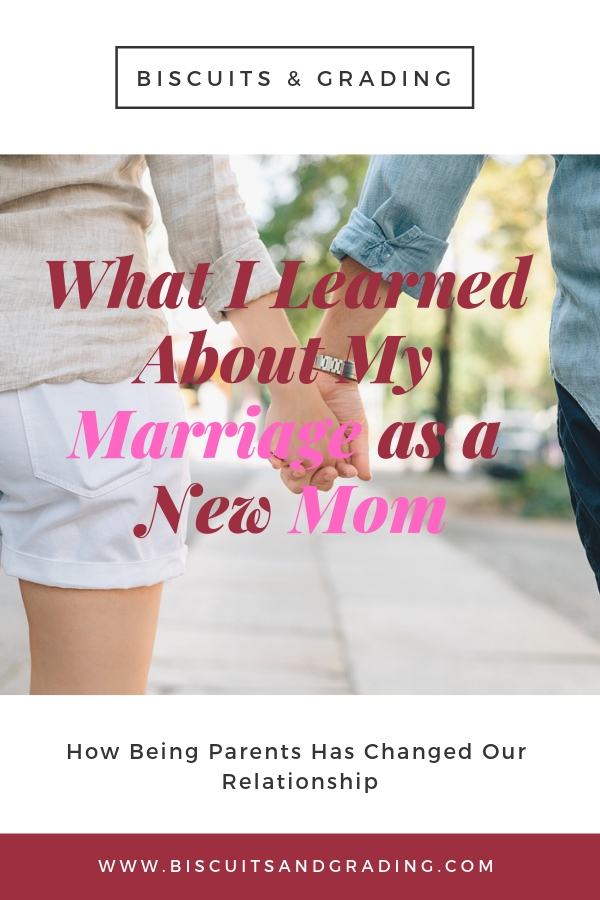