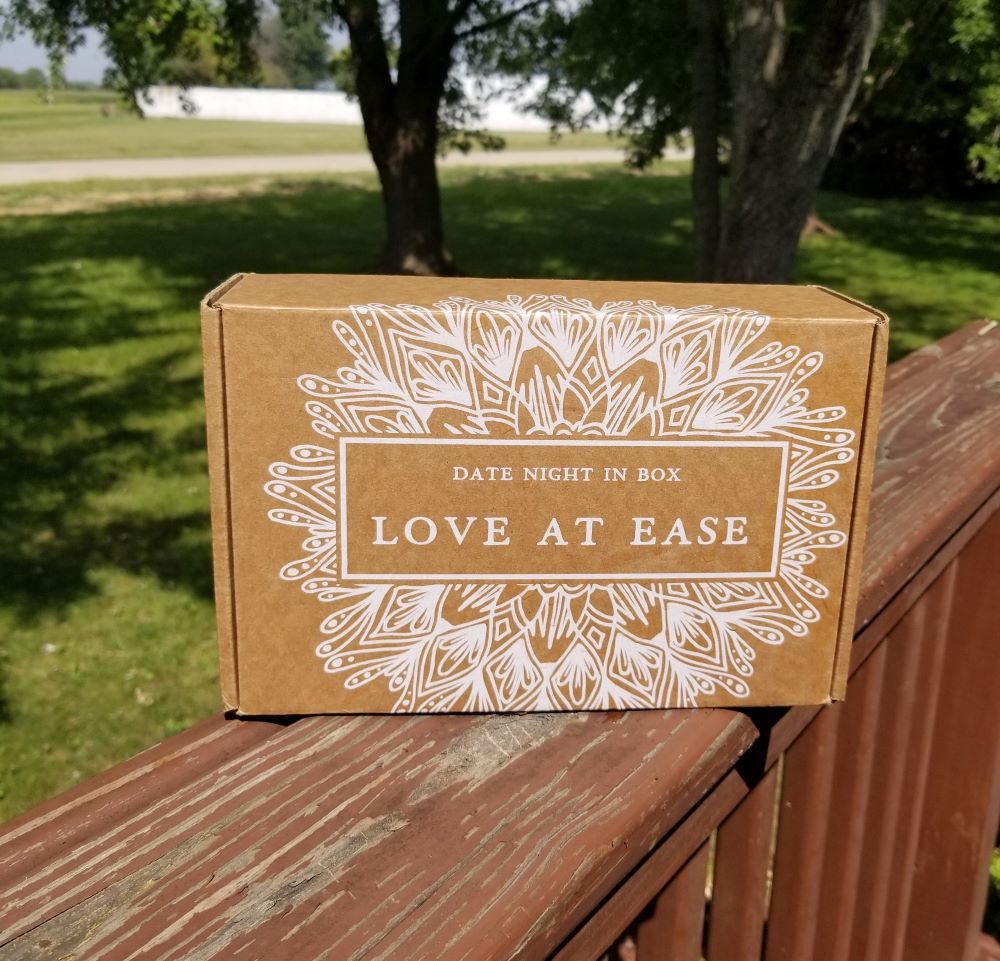 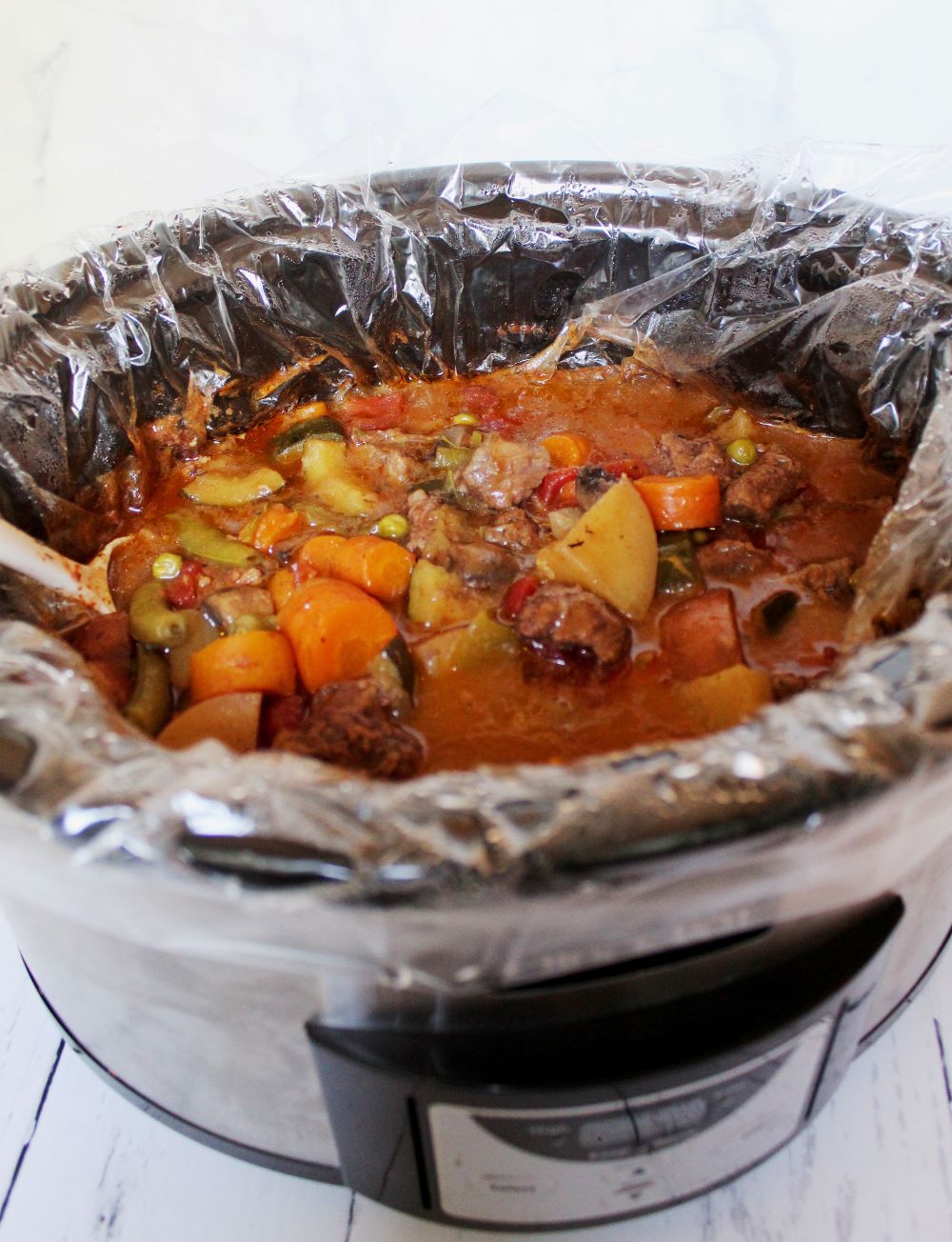 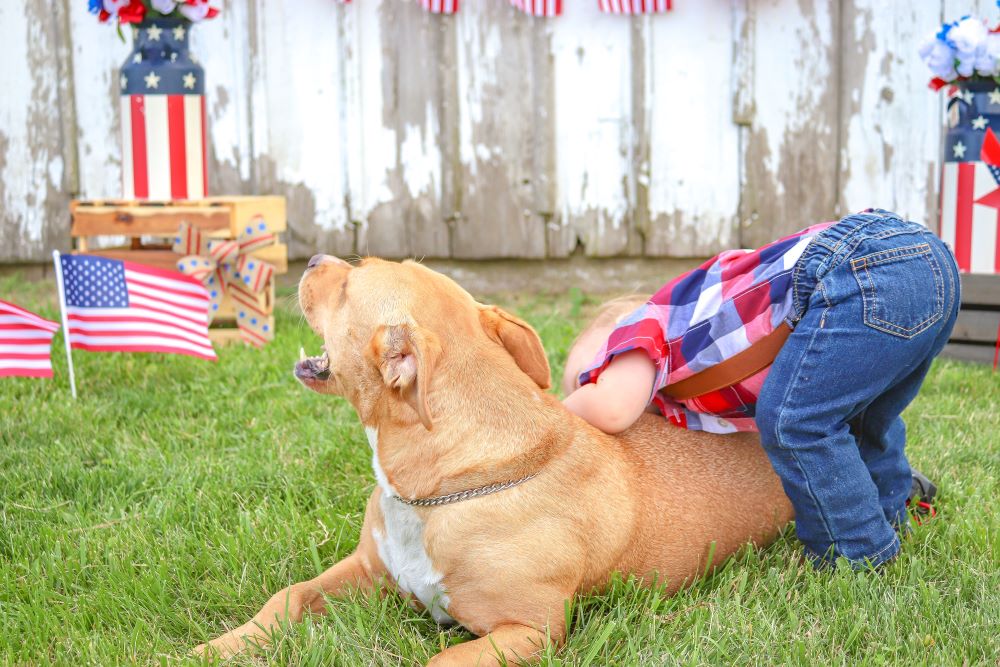 If you’re reading this, there’s a good chance you’ve got an active toddler with nonstop energy. So how do we help them channel that energy (and not make them feel like they’re doing something wrong)? Read on to see all my favorite tips and tricks! 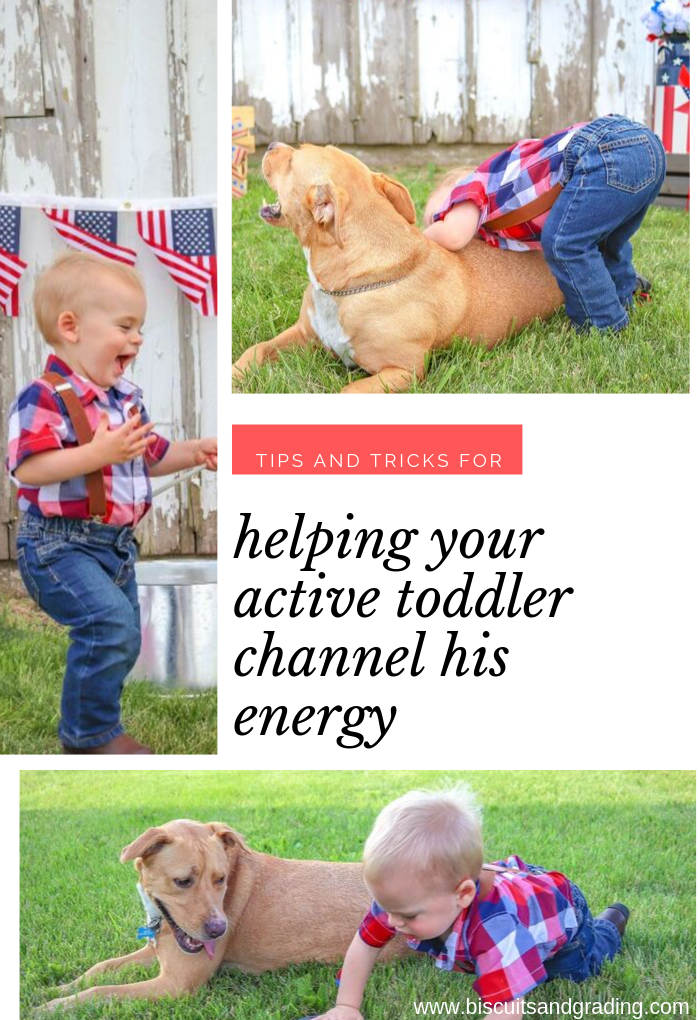 I have an active, ninja monkey of a toddler. He is literally always on the go, unless he’s passes out in his crib or car seat. If I give him a snack, he walks circles around the dining room table while he eats it.
.
One of the hardest things about having a very active toddler is helping him channel that energy. Because he has so much energy, he has big emotions too. There are no small feelings with this little man. That means big love, but it means major meltdowns on the reg, too.
.
So how do we deal with our active toddler and help him best use his energy? Here are a few tips I’ve learned so far: 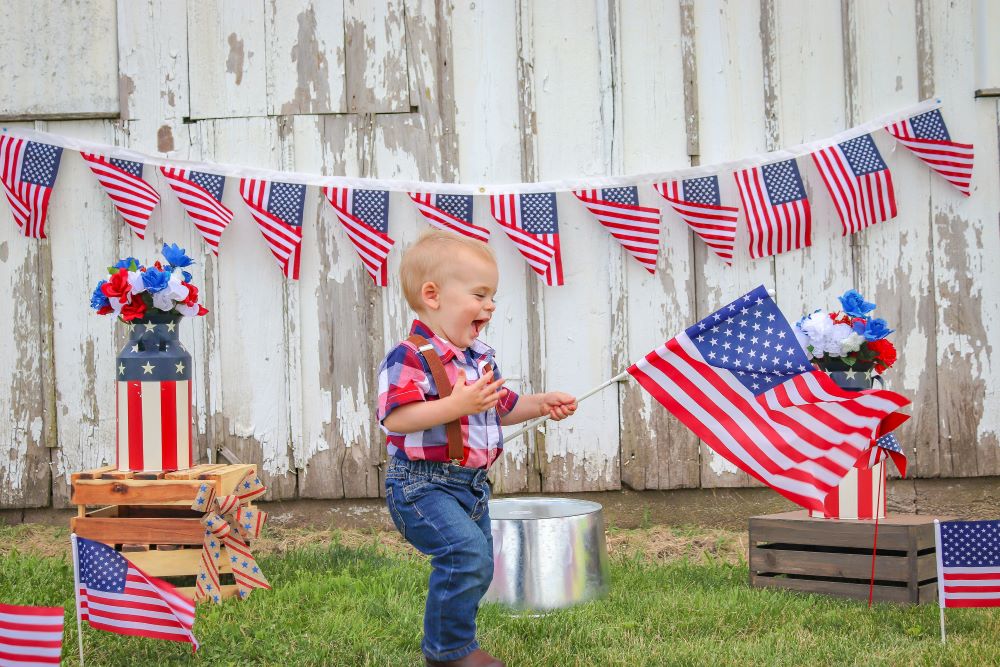 Accept that he is who he is:

I had to learn real fast that Camden just isn’t going to be the kid who sits quietly while he eats, or who colors at the table for an hour, or who watches a movie and chills. Even when he’s out of the toddler stage, that just isn’t in his nature. He’s a mover and an explorer, and accepting that helps me be much more tolerant in his behavior.

Drink all the coffee:

This is not a joke. Seriously, I need all the caffeine to get through my days with my ninja monkey. He’s exhausting, in a good way; but still, he’s exhausting. We never stop moving and doing, and I sometimes need all the caffeine. At least when he sleeps, he crashes hard and I know he’s napping for long enough that I can take a quick nap if I need one too (a luxury of a one-child only mama at the moment, I’m sure!).

Be understanding when you go out to eat:

Here’s the thing: if you’ve got an extra-active toddler, you’re going to have to grow a thick skin. Because you’re going to do what is best for your toddler in a given situation – often a public place – and people are going to judge you for it. It bothered me at first, but now I don’t think twice about someone who doesn’t know my child thinks about my parenting in public.

Going out to eat was hard for us, as parents and for Camden for a while, because we couldn’t get our food and eat before he was tired of sitting in the high chair and throwing a fit because he needed out and needed to move. And then one day at Panchero’s, we sat in a booth and let him stand on the inside of the booth bench, near the wall. Life-changing, guys. All of a sudden, he could stand up and move around and bounce while he waited for his food. And when it was time to eat, he sat down for a while, filled his belly, and then stood on the bench and finished eating his tortilla.

So for now, we try to get a booth at a restaurant and let him have a little freedom until the food comes. We bring his tractor for him to drive around on the table and he loves it. And if he’s still too active, one of us walks a few circles around the restaurant with him while we wait for the food.

Here’s the thing: we want our children to be able to sit politely in a restaurant. But a toddler is still learning how to regulate their actions, energy and emotions. So if we don’t let him expend the energy, he doesn’t know what to do with it, and he’s going to have a meltdown instead. Which, honestly, is more embarrassing in public than people judging us for letting our kid stand up at dinner.

Plan movement breaks for everything:

I don’t go to the grocery store and think that my toddler will stay in the cart and be content the entire trip. I plan to either wear him out for a while at the playground before we go (and then give him a snack in the cart), or to let him get out of the cart and help me push the cart and pick up groceries. What I don’t do? I don’t plan on using the tablet to entertain my kid. That might work for some kids, but for my little man who wants to explore and move and learn, he’s not going to sit quietly and watch the tablet while I shop. Just not gonna happen.

On road trips, I plan a stop every couple of hours (at least) to let Camden get out and move. We find parks, malls with play areas, Chickfila, wherever we can let Camden move.

Family get togethers are another place that I make sure to wear him out beforehand, and then we try to take him outside and let him run wherever we’re at. Most of the houses we go to aren’t toddler-proof, and when he needs to burn energy, he wants to grab everything. After a while, I start to feel bad for telling him ‘no’ over and over and over. It’s not his fault that everything at his level is stuff he can’t touch. And, then more he’s told no and the more he doesn’t have some freedom, the more that energy is going to be channeled into frustration and unhappiness. Read: a meltdown is coming. So instead, we go outside and play for a while and then come back in and he can better deal with the overstimulation of stuff everywhere.

Hold on to two naps as long as you can:

Camden is 20 months old, and he’s still taking two naps a day. I’ve tried to let him drop one of them, and he just can’t hang all day. He is so active all the time, burning through his day, that he desperately needs time for his brain and his body to relax and reset. Sometimes one of his naps happens on the way to or from the activities we’re doing, but he still has two naps a day. And I’m not seeing that changing in the near future. I’ll keep it for as long as I can! 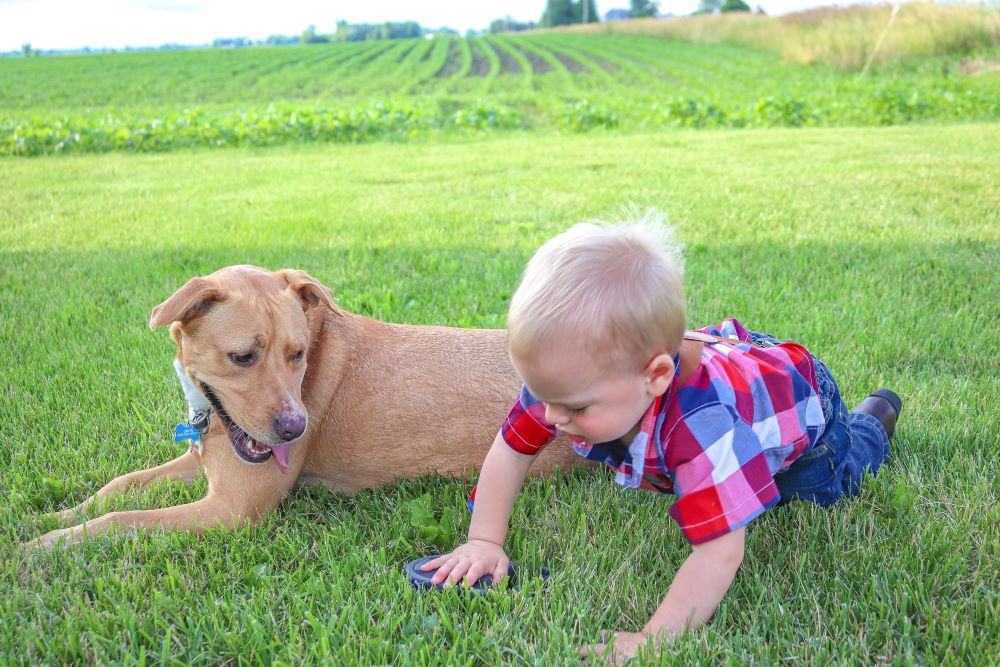 We spend every second we can outside while it’s nice out. And every one of Camden’s toys is an active toy, meant to make him move, think and learn as he plays. He pushes his mower, rides on his (push-powered) tractor or bike, climbs on his playset, or plays in the water table.

And I try to keep the momentum going inside. He has foam climbing equipment, a push-powered scooter, a shopping cart that he pushes everywhere, blocks of all different kinds, and cars and vehicles to race around the floor. Truthfully, he has a music table, but he doesn’t use it much because he just can’t stand still long enough to play more than a few minutes.

The added bonus of active toys for an active toddler is that he creates the fun and the imagination, instead of the toy creating the experience for him.

Stop comparing your child to other kids:

This has been a big learning experience for me. The other kids that we know who are Camden’s age are so different from him. And for a while, I kept hoping he would settle into that, into a calm, easy toddler. But that’s not fair to him. He’s not those kids, as awesome as they are, and I can’t expect him to be. Camden needs to move, and he feels big feelings because he has lots of energy.

But also? Camden is the most loving kid I know. He can’t wait to give kisses and hugs, and when he gets hurt, he says ‘kees’ (kiss) because mama’s kisses make it all better. His hugs are the sweetest, and his cuddles are tight and lovely. And why? Because his big energy makes him feel big, both the good feelings and the tough ones.

He may not be like all the other kids, but he is perfect in his own way.

Do you have an energetic, active toddler? How do you help him or her channel that energy? How do you meet them where they’re at, instead of asking them to conform? Share your best ideas with me!