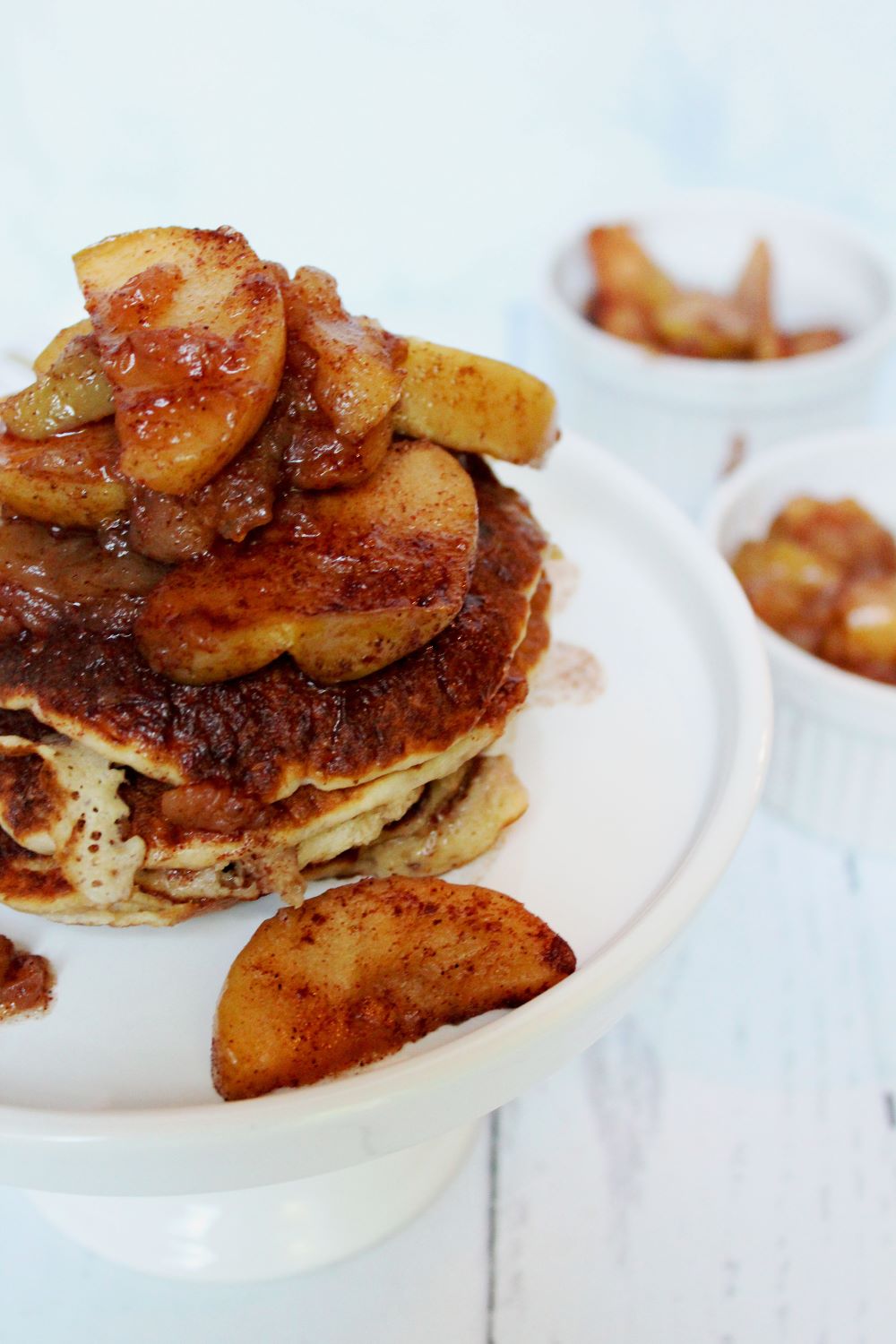 I’ve taken classic cinnamon apples and made them even easier with these Crockpot No Peel Cinnamon Apples! No need to peel the apples, and they’re hands-off cooking, thanks to your slow cooker!

*This post may contain affiliate links. IF you make a purchase through an affiliate link, I may receive a small commission at no cost to you. Thank you for supporting my blog!*

Apples are quintessentially fall, and I love cooking with them. I love everything they’re in – applesauce, baked goods, sauces, all of it. What I don’t like is peeling apples. I even have an apple-peeler gadget, and I still just hate the time it takes and the cleanup.

So, I’ve made applesauce with unpeeled apples before, and the peel gets just as soft as the rest of the apple. I was pretty sure I could make some delicious crockpot cinnamon apples with the skin left on, too.

Turns out I was right! I will never peel the skin off my apples before making cinnamon apples again! And, since I didn’t have to spend time peeling the apples, the whole recipe prep took less than 5 minutes. Then the apples were in the slow cooker and cooking – hands off!

This is one of my favorite kinds of recipes: only 6 ingredients, and 3 of them are spices!

All you need to make these is 5 large apples (any variety – I used Honeycrisp, because that’s what I had on hand), a 1/2 cup of granulated sugar, cinnamon, nutmeg, cloves, and a tablespoon of butter.

Starting by washing your apples well. Then use your apple slicer or a knife to cut your apples into slices. My slicer makes pretty thick slices, so I cut each one in half to make them a bit thinner.

Spray your crockpot – I used the medium sized one, but you can toss them in a full-size slow cooker, too. Dump all the sliced apples into the crockpot.

Sprinkle the 1/2 cup of granulated sugar over the top of the apples. Then sprinkle the cinnamon, nutmeg and cloves over top. Add the tablespoon of butter to the slow cooker. Cover with the lid and set on low.

Cook the apples for 3-4 hours on low. After an hour or two – once the apples start reducing in size and there’s room to stir – stir the mixture well to spread the cinnamon love around. Cover with the lid again and let cook.

After 3-4 hours, check your apples. If they’re soft enough, but the sauce seems pretty thin, you can add a tablespoon of cornstarch mixed with a tablespoon or two of water. Pour the mixture in, stir it well, and let the apples cook for 20-30 more minutes, until the mixture is thick enough.

Serve the apples warm as a side dish or dessert. Or, check out all the serving ideas below and get crazy with your delicious Crockpot No Peel Cinnamon Apples!

Ways to Eat the Cinnamon Apples:

If you want to see the recipe VIDEO for these Crockpot Cinnamon Apples, head over to my Instagram profile and click on my ‘Recipe Videos’ highlight!

When you make these Crockpot No Peel Cinnamon Apples, make sure to post a pic on Instagram and tag me (@biscuitsandgrading)! Can’t wait to see it!